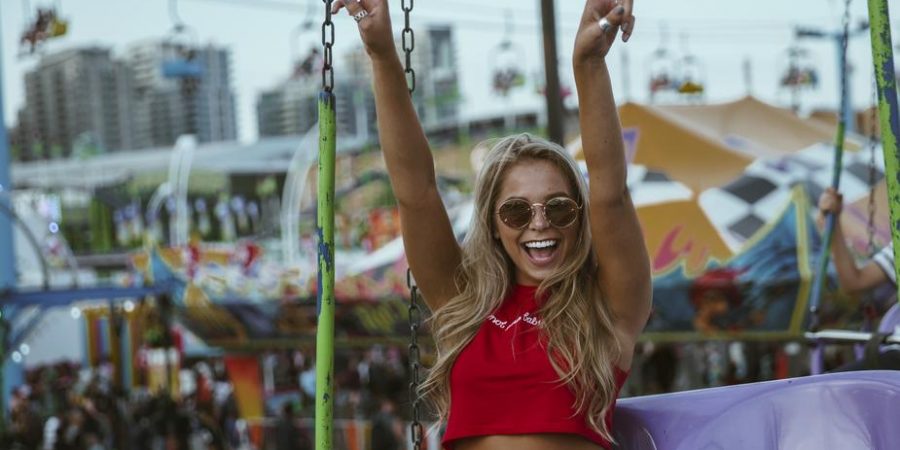 In your life as a writer, you’ll come across a lot of writing “rules.”

So what’s the point in even having them?

If you’ll allow me to contradict myself, there are a few writing rules that you should know.

They aren’t like the typical rules you see in guidebooks, or on the Internet. These rules are simple, basic guidelines that will help you unleash your inner boss writer.

Sound fun? Here are those rules! 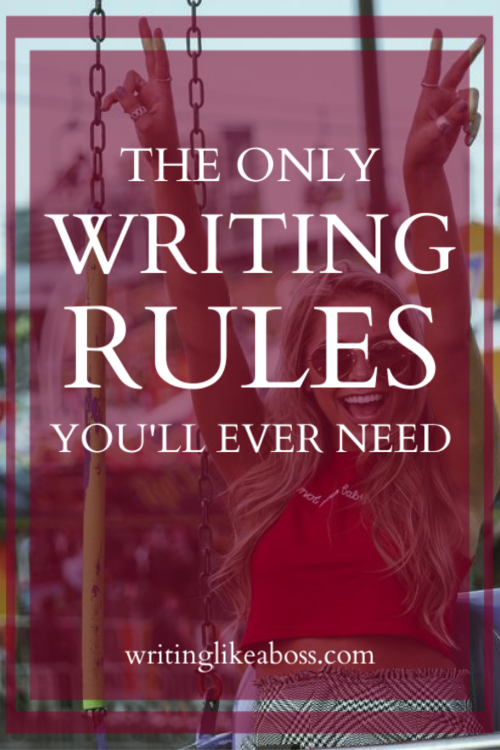 Don’t let anyone tell you how to write. Your writing is unique to you, and it’d be a shame to waste it doing something you don’t love!

Of course, in no way do I mean that you shouldn’t heed the advice of other writers – in fact, you should value their input.

Here’s the gist of this rule: write what you love, love what you write, and settle for nothing less. Be you. Write you. And love every second of it!

NEVER, EVER, EVER GIVE IN TO THE HATERS.

Every writer meets a “hater” at least once in their career. World-famous books get attacked, beaten, and one-star-reviewed probably hundreds of thousands of times every day. But guess what? That doesn’t make them any less famous!

Some people just want to tear you down. And by giving in, you’re letting them win. Don’t give them that kind of satisfaction, writer! You have the power to slay your hater-dragons. Use it. 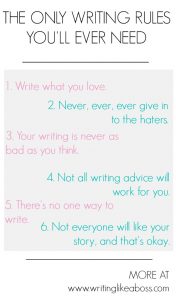 DON’T THINK YOUR WRITING IS THE ABSOLUTE WORST.

Writing doesn’t have a voice. Chapters are too short. Characters are cardboard. Plot is boring. I hear myself saying it every day. Let’s face it: we’re our greatest critics. Just remember that your writing is never as bad as you think. That’s a promise.

Someone who’s never read your book before doesn’t find it as “boring” or “plotless” as you do. Look at it from the point of view of the reader, if you can. Looks better, doesn’t it?

TAKE WRITING ADVICE WITH A GRAIN OF SALT.

I’m constantly reading articles on writing. Constantly. I’ve read enough of them, in fact, to learn that the writing advice I find on the Internet conflicts. For example: “Said is Not Dead” vs. “Other Ways to Say ‘Said.'”

In order to figure out what writing advice will or won’t for you, you first need to determine what you want your writing to look like. Do you want it to be quirky and unusual? Or so realistic that you feel as though you’re actually in the scene?

Find your voice, figure out your genre, and go from there.

EMBRACE YOUR OWN VOICE.

Poetic, wordy styles are great. And so are quick, exciting styles. And everything in between is just as lovely!

We have an awful tendency, as humans, to compare ourselves to others. As writers, we look at other books and get a sinking feeling in our stomachs, because our writing doesn’t look like Jane Austen’s. Well, duh: that’s because we aren’t Jane Austen. And that’s okay!

So don’t worry about trying to write a book that appeals to everyone. Instead, tell a tale that will connect to your reader on a personal level. That’s the best way to craft a big-hearted, powerful story.

There will be people out there who won’t like your story. And that’s okay. The sooner you accept the fact, the sooner you can get back to being a boss.

Let’s talk! Questions? Anything to add? Let’s talk below!

4 thoughts on “The Only Writing Rules You’ll Ever Need”