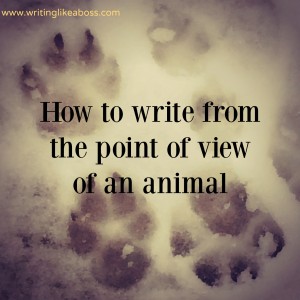 Writing about people (and the such) is generally the common POV authors work from. And of course they do; it’s easier to relate to a person than a bobcat. But for the younger age group, sometimes they’ll be more likely to pick up a book with an heroic young dog on the cover (I know those things attracted me when I was younger).
Writing from an animal’s POV can’t be too hard, right? I thought so at first. It may seem easy, but there are a few things you need to keep in mind.