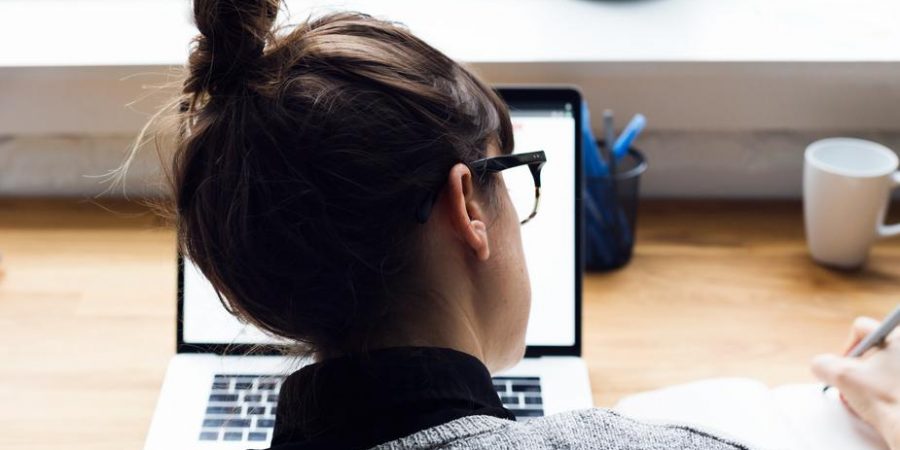 If you’ve read some of my other posts, you’ll know this much about me: I love Pinterest.

I use Pinterest for just about everything. It’s my go-to for boredom, inspiration, ideas, and helpful articles – especially when it comes to writing. 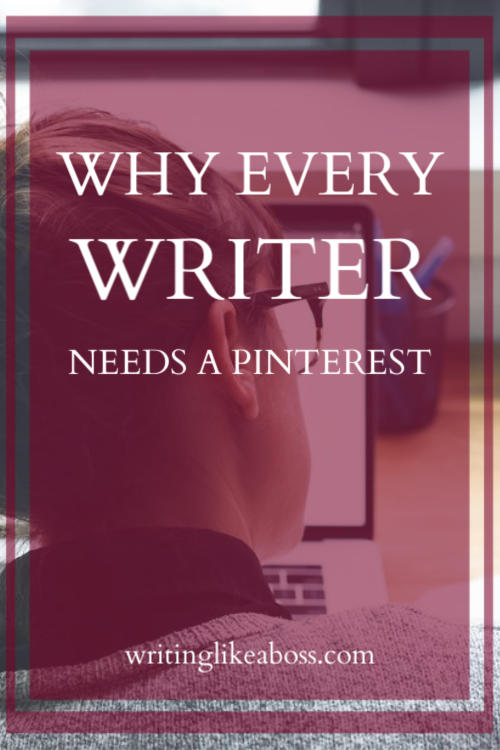 What? Pinterest isn’t just for crafty moms and fashion businesses? Pinterest, like all social medias, have their “sides.” I’ve seen the hipster side, the fandom side, the cute animal side, the food and recipes side, the crafts and DIY side, and so on. My personal favorite: the writing side.

(I’m just gonna put this out here: when will Pinterest add sub-boards?! I’ve been waiting years!)

My very first Pinterest boards were called “Horses,” “Delicious foods,” and “lol.” At the time, I thought that’s all Pinterest was about; I had no idea the writing side existed yet. But since I discovered it, it’s helped me grow so much as a writer!

Why, though? Why has something as simple as Pinterest helped me grow as a writer? What are the real benefits of it?

That’s exactly what we’re gonna talk about. I’ve written a few articles about Pinterest already, but those zero in on specific topics. Today we’re going to zoom out a little and take a look at the bigger picture, while answering this question:

How can I, as a writer, benefit from Pinterest?

Well, here are your answers!

I know, I know: almost nothing is endless. But I’m being literal here. Because people are constantly saving new photos, articles, and ideas, it’s impossible to see everything it has to offer in your lifetime. So: yes, it’s nearly endless.

By extension, Pinterest is absolutely loaded with enough writerly inspo (so to speak) to satisfy any writer’s block, burnout, boredom, and so on and so forth.

Remember a few paragraphs ago, when I said some of my stories wouldn’t exist without Pinterest? That’s because a surprising amount of my stories were derived from writing prompts I found on the site. There as so many prompts on Pinterest, you could base your entire writing life – every little story, chapter, and even scene – around them. Well, maybe you shouldn’t do that; originality still needs to be maintained. 😉

Outside of prompts, you’ve got inspirational quotes and motivational articles galore. I can’t guarantee Pinterest will solve all of your writing problems – but it will certainly help.

Having a community of fellow writers is highly beneficial. Even if you just have one or two writer-friends, it’s a fantastic feeling to be able to connect with people with whom you can relate.

Of course – though some people feel this way – online friends aren’t real friends. While I do recommend finding a writing community outside the computer, it’s all the more helpful – and much easier – to find one on Pinterest as well.

Want to try your hand at a new genre? There’s an article to help you out. Never had depression, but you need to know how to write it realistically? Just search it, it’s there. Scrivener tutorials? There’s probably hundreds of those.

I probably pin, on average, 2-4 writing articles a day. (Wonder if that’s why I lost 10 followers in 2 days?) And because I pin so many, even more appear in my feed, which – of course – I also pin. It’s an infinite loop; the circle of writing articles, if you will.

I’ve read and skimmed a ton of them, the most unique of which being: How to Create an Aesthetic Character Board, How to Kill a Main Character without Murdering Your Book (please don’t be afraid of that one), Writing Addiction in Fiction, Why I Write By Hand, 7 Questions to Ask Before Ditching Your Writing, and way more.

And then there’s the more classic articles about writing block solutions, finding your character’s goals, and deciding upon a genre; I pin those, too. (My article board sounds cool, right? You can browse it here!)

I swear, this is the precise reason I stress the use of Pinterest for writers. I have the ability to learn several new things about my writing in a single day. If you’re going to join Pinterest for one reason: let this be it.

When I started writing my first historical fiction, I went to Google first. I learned a lot, but I learned so much more through my second choice: Pinterest.

Google is nice and all, but Pinterest is so purely visual. Everything is in image form! A simple search, “1940s photos,” turns up so much more than I even needed. Clothing and hair styles, shopping, schools; I even found photos of Mobile, Alabama in 1942. I could never have written my book without it, honestly. 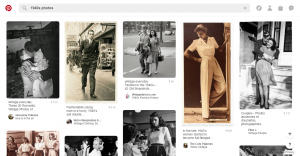 Let’s face it: historical research is tedious. Who wants to stop mid-chapter to skim a quick Wikipedia page on the history of car heaters? (I actually did that. Fascinating stuff here.) For some things, Pinterest can replace your “quick” Google searches; for example, if you want to know how to describe a 1960s telephone, you can get high-quality images instantly. Pinterest is all about vintage, so historical stuff isn’t all that hard to find.

Ready to have some fun? Make yourself a story-board.

What can you put in a story-board? 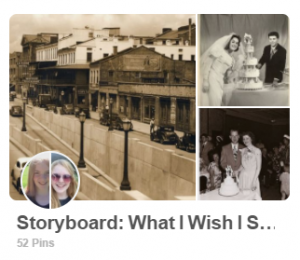 That’s why story-boards are fun. They’re research, but it’s a freeing kind of research. You can take a break from your unnecessarily-extensive article on building strong character arcs for a while and enjoy yourself for a bit.

I don’t want to go on and on about story-boards – though I can, if you let me – so here’s a post I wrote a few months ago that goes into more depth: How to Story-Board Your Novel on Pinterest.

As my heading suggests, character-boards are simply more specific versions of story-boards. They’re just as they sound: boards dedicated to the research of particular characters in a novel. And yes, they’re just as fun as story-boards!

For example: I have a character who lives to bake, so I searched some photos of cakes and put them in his board; I’ve got another who’s addicted to Coca-Cola, so I got some photos of the soda; and so on. You could even save quotes that look as though they came directly from your character’s mouth.

In a way, I think character-boards are more useful as researching tools than the story-boards. (But maybe that’s the side of me that thinks, “Forget plots, I’ll just make my characters so good that I don’t need to worry about it.”) Getting to know my characters is one of the most important parts of being a writer, at least for me. With my character boards, I can get to know them better so much easier.

And that would be the benefits of Pinterest for writers: inspiration, community, research, and story-boards. At least, that’s how I use Pinterest as a writer – if you’ve got more ideas, feel free to add them below!

I’ve included a ton of links in this post already, but here’s one more for you. If you need an awesome writing-profile to get you started, check out Kristen Kieffer from Well-Storied! She pins photos of characters, articles, and more to inspire you.

4 thoughts on “Why Every Writer Needs to Have a Pinterest”